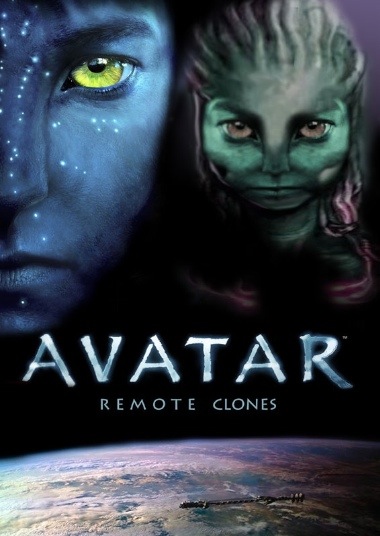 After the humans lost the fight with Na'vi they return on a spaceship station so they can plan another tactic to conquer the people from Pandora.
Some sort of experiment based on the first clones of Avatar has kind of success. The clones are able to control the Na'vi directly as they are programed to do so. But how many clones are necessary ? How can humans control all the Na'vi using this clones ? How far the experiment goes the clones are more perfected and able to telepathically communicate and control ... The clones become also able to connect with Eyra, witch can be dangerous for Na'vi. Do they, the clones will be good or they will start a war to possess everything ? Will "Jakesully", Tsu'Tey and Neytiri have a chance to protect Pandora and the Omaticaya's people in case of a war ? What can happen with humans that created a new rase that wants to be independent and can use their abilities to do almost everything ?

I'll not continue with my story about Avatar 2 but i know James Cameron will come up with a good story. I must say that i'd like to be able to wright a scenario from the start to end. For now i'll just draw some ideas about the new rase of clones and maybe render them on 3D. By the way, the art i was using for the mini poster is not mine, just copy pasted a few things in a photo editor and there it is. I am sure that the characters for clones will have to be different ...

Email ThisBlogThis!Share to TwitterShare to FacebookShare to Pinterest
Labels: hobby